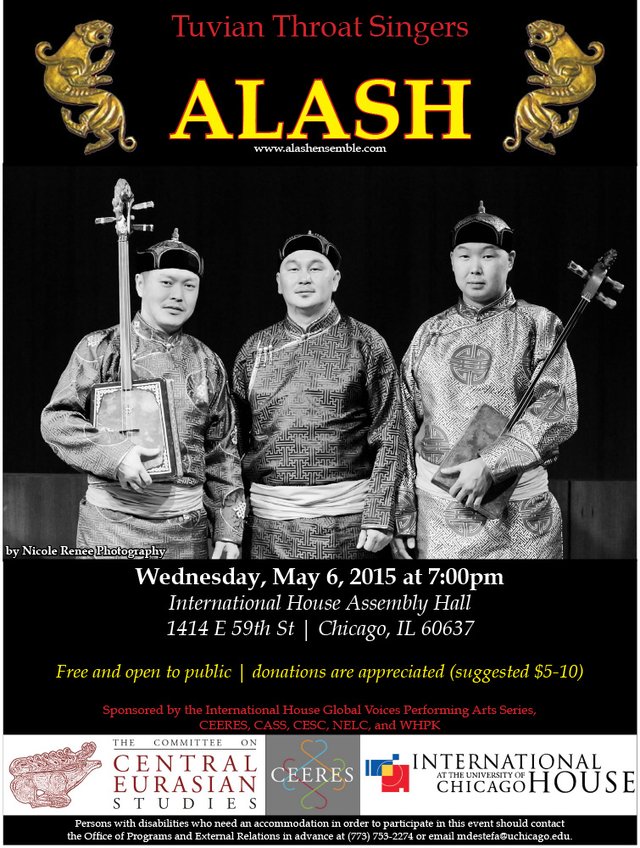 Global sounds abound this week in Chicago with Wednesday May 6 as the abbondanza.   Alash Ensemble, the breathtaking Tuvan singers appear free at International House Assembly at U. of Chicago May 6 at 7:00 pm to 8:30 pm (uchicago.edu/events/event alash_ensemble_concert); the Grammy Award winning Mexican American vocalist Lila Downs appears at the Auditorium promoting her latest album “Bailas y Chocolate”, and Brazilian choro group, Trio Brasileiro, with the celebrated guitarist, Douglas Lora, a full time member of the award-winning Brasil Choro Guitar Duo “Caraivana”, comes to the World Music Wednesday at Old Town School in a free concert.  All are highly recommended.  How to choose? Lila Downs is a charismatic performer with her costuming as a colorful folkloric spectacle. She is vibrantly authentic yet original with a stunning voice which seems to hold notes forever.  Tickets online $40-$103 (Use MARIACHI code for discount).  Trio Brasileiro brings masterful players of  “choro” a lovely, lilting, upbeat music from the streets of Brazil.  Alash LIVE in concert is the easy on the wallet DON’T MISS opportunity to experience an unparalleled art form with musicians whose voices will charm you with their musicality while  sounding otherworldly.

Tuvan throat singing is the art of creating multi layered tones from one voice simultaneously.  Watching them perform, you’ll be startled when you realize the high pitched whistling, sounding like the mountain wind, and deep growling undertone- like horses hooves, are both coming from one voice.  Beyond that extraordinary experience, Alash also paints vivid musical portraits of an exotic land with melodic, cheerful, beautifully engaging songs. The award winning ensemble (the three members have won Tuva’s awards for throat singing)  also play ancient stringed instruments, fragile flutes (made from fresh plant stalks),drum and other traditional instruments.

Alash’s musical journey spirits us away on their sturdy steeds across the mountains & steppes as they sing of beautiful women and horses.  Formerly part of the Chinese and Mongolian empire, Tuvans are horse riding nomadic animal herders.   The tales are interpreted to us by their manager, Sean Quirk, a Fulbright scholar who studied Tuvan music and who also now lives there.   Tuva lies south of Siberia; north of Mongolia and is now part of the Russian Federation with their cultural ties close to Mongolia.  Their ancient multi tonal complex music language developed from their culture being closely attuned to the sounds of nature.

Their music seems to be more lyrical and pleasing to Western ears than  other groups within the genre such as the highly esteemed Huun Huur Tu and the rock n’roll explorations of Yat Kha.  Alash has collaborated with Sun Ra Arkestra, Bella Fleck and the Flecktones and other contemporary musicians.  They have managed to incorporate modern influence into their music without compromising any of their traditional authenticity.

Alash’s performance is transcendental and best experienced live although the Musicology Series (WYCC) taped a live concert in 2013 programmed by the Old Town School of Folk Music.

Other global music performances coming to Chicago this week include the venerable 47 year old rousing singer/ instrumental folk group Inti-Illimani from Chile at Old Town School of Folk Music on Sat. May 10 www.oldtownschool.org  Tickets $35/33 and a Mother’s Day Concert with Los Pancho, a trio of singers following in the tradition of the original Los Pancho which was famous for popularizing the romantic Latin “bolero”. They appear at  Copernicus Center on Sunday May 11. 5:30 -7:30  $35/45/55 http://bit.ly/LosPanchos“ 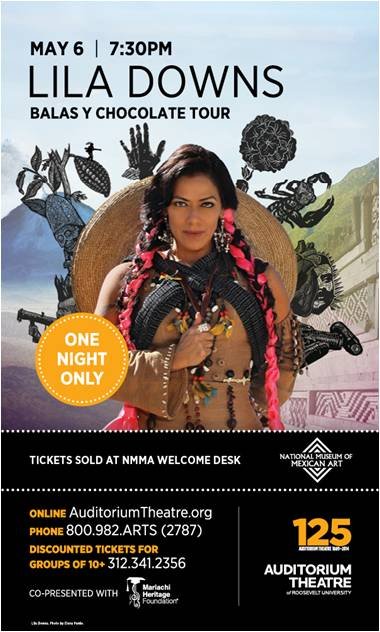 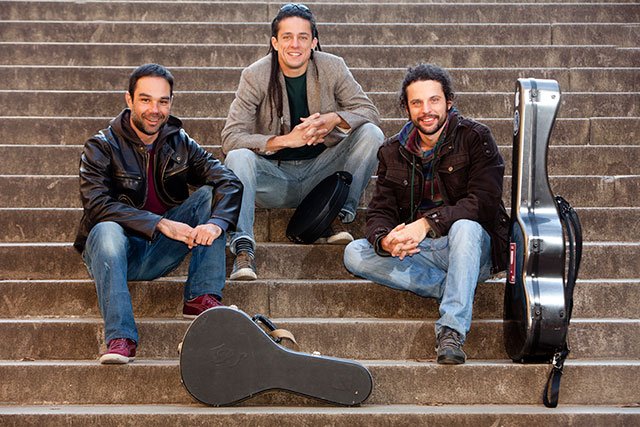 Sign up for our email for special ticket discount offers and newsletter http://www.tinyurl.com/wwmwbnews